Skip to Content
Home Live Your Life on Your Terms and Be Happy and Relaxed The 4 Pillars Man's Mind Ep 22 – Your Dramatic Life
Reading Time: 4 minutes

Why so dramatic? I bet you know many people who seem to love drama. They overblow what the worst that can happen. They relish gossip and add details to stories they hear. Yet I bet you didn’t know that you also delve into drama quite a bit too. Maybe you know you do and if so good job at least you are more aware of what is happening than many people.

When I refer to drama I am not meaning plays or acting. I am meaning when we allow our reptile part of the brain to add all sorts of extra emotions to the information we have. Most of the time the level of drama grows with the lack of information. Drama is the extra unnecessary emotions that fog up our judgment and create suffering and stress in our lives

We as people are emotional beings so we like to have drama in our lives. Look at movies would you watch a film that had just an ordinary guy doing ordinary things? Well no. it would be boring. Look at reality Television, these people are all about the drama that I am talking about.

Example of how we make drama

Say your son just got his driver’s license and he is wanting to go drive around and show off his new skill to his friends on the drag. You finally let him go and he has to be back at 10 pm. Around 10:15 your new driver still isn’t home.

What do you do? Most parents start o wonder why he isn’t home and as each minute that ticks by the scenario you have in your head get worse. First, he just lost track of time this leads to flat time. This leads to him having car problems to he was racing and crashed. This then leads to him lay dying in a ditch with dirty underwear on. Then around 10:36 he drives up and knows he is in trouble and it is even worse because we got ourselves all worked up over nothing.

Perhaps your wife texts call me. Suddenly you start making stories of someone is in the hospital, or the back part of the house just was eaten by a sinkhole. Yet when you in a rush call her she was just needing you to stop by the store. We build so much into the lack of information.

Why do we turn to Drama so much?

Well, our brains are wired for drama. We take the little information we have and apply drama to it w]to fill in the gaps. Now some people are more predisposed to using their amygdala or reptile part of the brain than other people. So that is why you have some people who are easily more attracted to drama.

My son dated a girl who I call the Choas Machine she was nothing but drama. Everything was in a state of panic and chaos for her. One example was when her stepfather died due to a drug overdoes, as part of the police investigation, she was questioned by the police. After that, she was convinced that the police thought she had killed him, and she would tell anybody who would listen that she was being investigated for this dude murder. No amount of other facts would dissuade her from thinking otherwise. Such a very tiring place to be is in this young woman’s life.

People are wired for drama. We try to plan for the worst and when we don’t allow for the logic part of our brain to really hammer out the details our reptilian part of our brain takes over and starts to fill in the gaps. Since it is trying to keep us safe and comfortable we get the worst possible happenings.

Drama as a whole really doesn’t serve us anymore. Some people may argue that we are able to prepare for the worst yet, in reality, we do better when we allow for our prefrontal cortex to do its job and work out all the logic parts.

With drama we have more stress and suffering in our lives because we are busy working on things that most likely are never going to happen.

Another place that drama really can play a huge role is in a company. When rumor mills start to churn out their product. Many times these forms of drama can be destructive if not addressed. Some companies have an actual rumor policy for their company culture.

This is because rumors are based on little fact and a lot of emotion. They crop up more when there is very little communication from the leadership. Rumors often lower the morale of the employees because again we are focusing on the worst instead of pressing on with our actual job.

It is easy to be caught up in the emotion of drama. In fact, when you notice you are in drama it can actually be hard to turn it off. A good example of this is to stop in the middle of the drama-filled story and try to reframe that story in a positive light. You will see your brain fight tooth and nail against that change.

Want a fun experiment try that exercise on a friend who is telling you a drama-filled tale. You can see the struggle on their face.

How to minimize drama

Since you can’t actually remove all drama from your life, you can minimize it though. The best is to ask yourself questions. The first being how does getting worked up in drama benefit me? Then you can layout the fact of the story and try to remove the emotions from the details. Doing so will help you to engage your logic part of your brain and start to minimize the emotional filled part of your brain. You can then see that that mountain you are afraid of is nothing more than a molehill.

Or subscribe with your favorite app by using the address below

I like being able to help people find their "why" and achieve the personal freedom they desire. Besides writing for Relaxed Male I also am a life coach. By helping men find the leader that is found in each and every one of us. I do this by encouraging men to get outdoors and find the balance they are missing. Realize that they need to be in contact with the outside as often as they can. It is not only good for them but for their families and relationships.

This site uses Akismet to reduce spam. Learn how your comment data is processed.

Your Emotions, are because of Your Thoughts122 Total Shares

Being Ok with failures. They may suck but you can make it fun.112 Total Shares

What The NeverEnding Story Tells Us About Searching For Knowledge.101 Total Shares

Why Walk Around Barefoot97 Total Shares

What if You Choose to Love Everyone?91 Total Shares

Hear Me On Other Shows 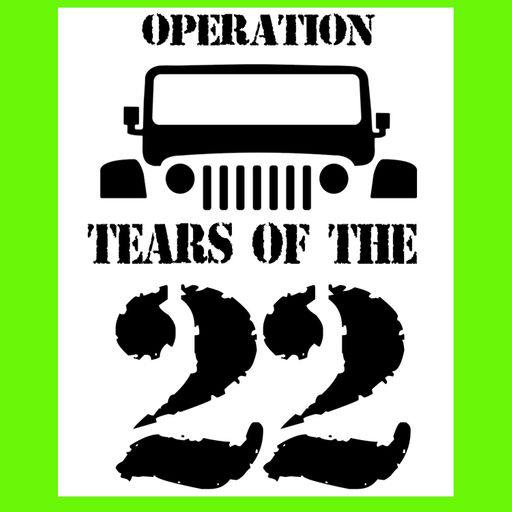 4 Self Coaching Tools for MenStart changing your mindset.

We have worry and concerns. Then pile on the anxiety and fear that you have made the wrong choice in our life. What are you supposed to do?

Maybe you have fear of money or the lack of money. Perhaps you want more out of life. You want to achieve goals you have always wanted to pursue. You may even realize that you are not where you want to be and your attitude is in a way that you don't even recognize yourself anymore.

Here are 4 tools that will help you change your mindset and get you on the path you so rightfully need to be on.